At my past Kentucky school, we were asked to display a data wall. I remember that I was REALLY running out of wall space! I also was conflicted on HOW to turn their performance into DATA. I decided to go with what I believed in, proficiency levels, and let that be the data. Here’s what I created…

I put electrical tape on the wall to mimic Megan’s wall rubric and the big rubric poster as a reference. I tried to make the peaks smaller on the Novice end and they increased in size as it went. I explained to them it takes more to reach those. 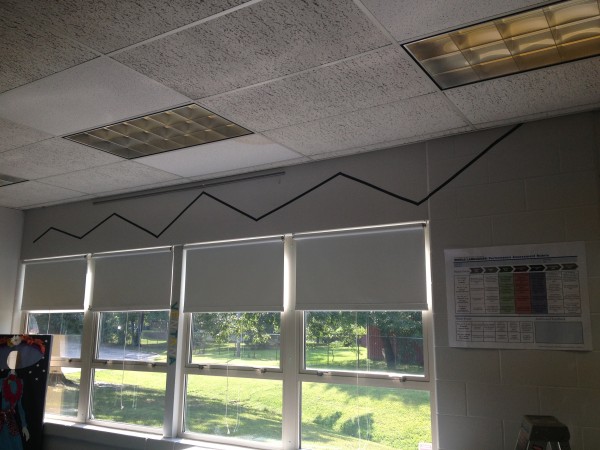 Beginning of proficiency line with rubric on the side

I added signs with the level and quick descriptions. Then the students picked a dot and wrote a word in Spanish that they picked to be theirs. Some kept this secret and I was the only other person that knew the word. After the first assessments, I put the dot on the proficiency line. After each unit assessment, I moved it if needed. In hindsight, I wish the rubric was lower so they could move their own.

The students really liked this anonymous way of knowing where they were at. Here are some other teachers’ pictures that inspired my wall: Bulletin Boards – Ideas for the whole year!

There is a free download of the Proficiency Indicator Signs similar to the ones in the photos that can be used in any language class. They are very simple so you can add your own style and edit. Happy decorating!