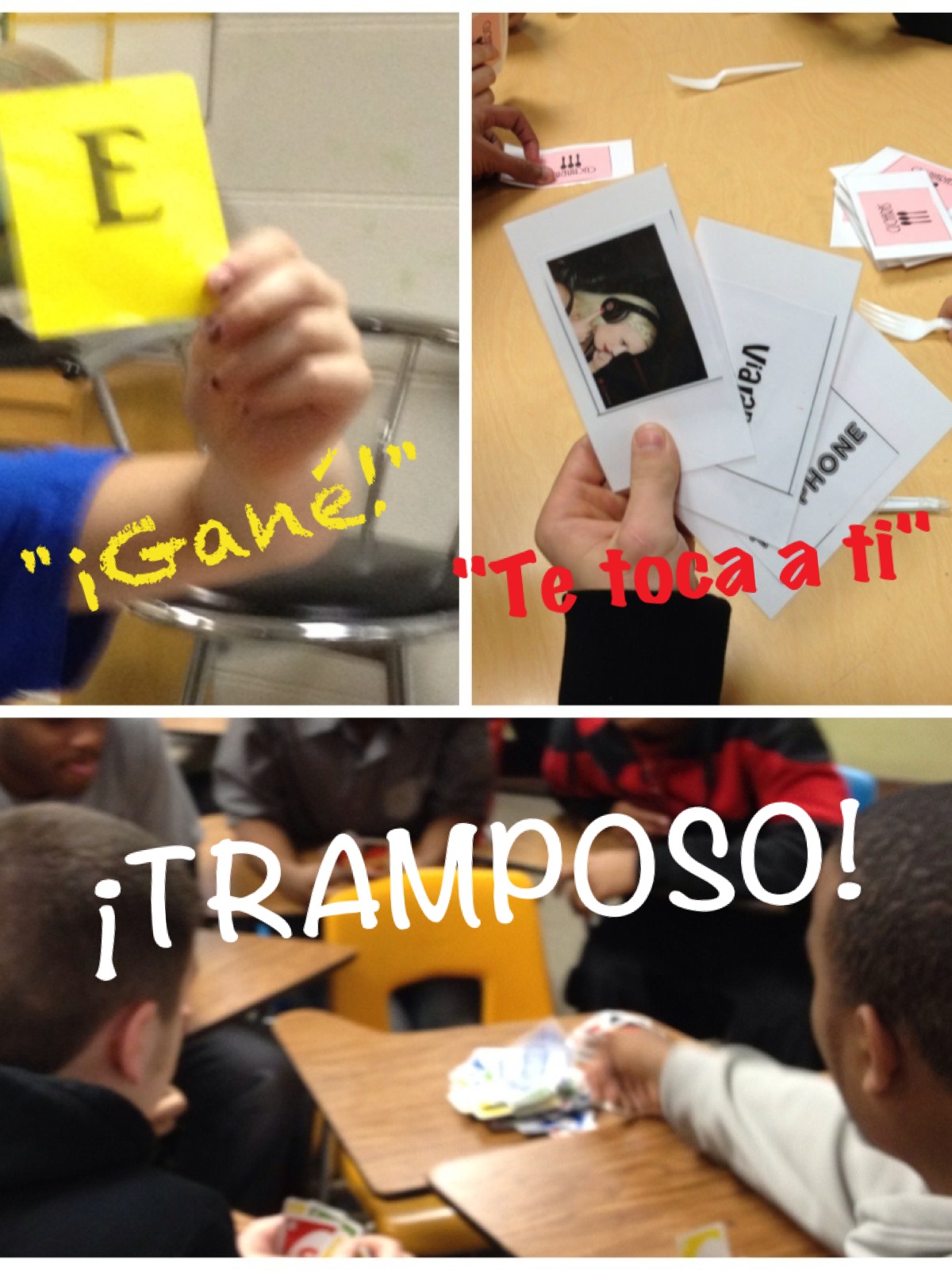 I have been accused of playing a lot of games in class. I’m proud of it. This is a way to get students actively involved and more engaged in class. Each game has a specific purpose. It might be to review, to teach, or to practice a specific set of vocab or skills.

If we do play games a lot, why not give them some language to use while they play?

This year I have started displaying game phrases on the board that they might want to use to encourage them to use the language more during game time. I don’t ask them to use it, but it is there and students have it when they need it. All it takes is one or two kids to start and it is contagious.

I started with just these words on the board…

They used the language! They sounded like the Spanish children I nannied for while I was living in Spain. They got in to these little play fights at the end… “I won!” “No, I won!” “No… I WON!” “Cheater” all while they were laughing and learning!

This is language that can be transferred outside the game world. A student wrote “Te toca a ti. Dime sobre tu familia.” on a written assessment after telling about his familia. Another level 1 student came in to class and told me this: “Señorita…Anthony Davis gané jugador de año!” This isn’t perfect, but he was communicating something he couldn’t have done before that game language was learned. I teach in Louisville, Kentucky and I can’t wait to see how many students put this language to use on Monday after the big game between the University of Kentucky and the University of Louisville.

All it takes it you putting the right language in their reach when they have a need to use it. They taught themselves! Just like how Kara and Kim put the hello’s and goodbye’s on each side of the door to their classrooms, I’m finding that planning and displaying the language they need is more helpful than TEACHING a lesson about it.