Get to know each other using the TL! 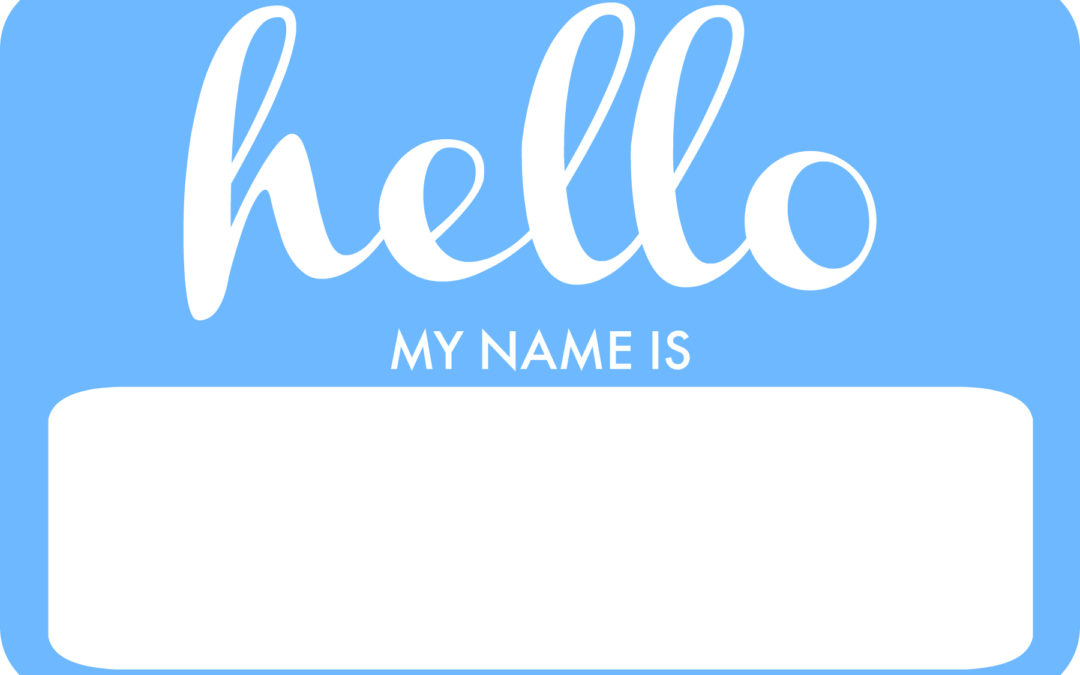 Here’s an activity that allows you to get to know your students and helps them get to know each other. This explanation is long but the activity itself is fun, easy, and keeps students involved. Best part about it – it’s done in the target language! Even level 1 students with no prior language experience can do it!

Our goal for day 2 in my level one classes is…

I can introduce myself and tell something I like.

I can introduce a NEW friend!

I put this on the board without any explanation in English. 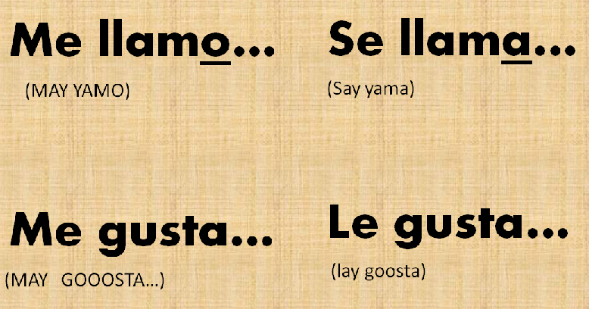 I start by introducing myself as I point to the words on the screen.

Without breaking down to explain this, I repeat myself with emphasis on the s’s in Señorita and sushi. This is originally a name game. So, in order to help you remember each other’s name, the thing you like has to start with the first letter of your first name. (I never expect level 1’s to put what they like in Spanish on the 2nd day of class. I try to suggest brand names that wouldn’t change anyway. Upper level students could probably do this ALL in the language -with the help of a dictionary. It would be a fun challenge!)

Next, I point to the poor child sitting closest to me. (His fault – he should have been able to tell I’m crazy!!!) I smile and tell him…

He, of course, has no clue what that means so I refer back to the notes on the projector screen and kind of encourage him to just give it a shot. After he introduces himself, I say…

I try to give the class a “look” so they see… Oh, we should say “hi” or whatever else she just said, too! I don’t force this – but most are ready to connect with each other and like feeling like they now have permission to speak out.

That same kid then tells something he likes, hopefully starting with the first letter of his first name. If they aren’t getting it, I will write my name and sushi and their name on the board and circle the first letters. Usually, they catch on and explain it to each other.

After the first kid tells his name and what he likes I clear my throat, cough, and point at myself as I also point to the goal “I can introduce a new friend.” I help this first volunteer see the different column to talk about someone else. He finishes, and now its the next person’s turn.

Kid #2 goes and it’s much easier for him. He introduces kid #1 and thinks he is done. Ha! I clear my throat, cough, and point at myself. Most of the class gasps in shock now that they realize they are going to have to learn everybody’s name!

Are you confused yet? Let me try to make it clearer. This is what this activity would look like if my students were sock puppets and if I only had 3 of them.

So now we basically go though the whole class. I have big classes, so usually I only have students go back 4-5 people. Also, to keep the whole class engaged and involved I usually move around the class and do random checks like…

It’s a beautiful thing. They “know” zero Spanish coming into class. However, because they are so focused on the challenge of trying to remember new names and faces – that is the test NOT actually speaking Spanish.

When we have gone though the whole class, I ask for 1 person who can remember everyone’s information. It’s crazy, but someone always can!

I usually reward them with a candy bar or Coke for their hard work!

Have fun! Let me how it goes if you end up trying this activity!

2.) If a kid is struggling to even introduce himself, take some pressure off him and only make him introduce 1 other person. It is easy to make it look like you are changing it up – not feeling sorry for him.

3.) Mix it up. I will let 2 rows of students go, and then jump to the other side of the classroom so they stay on their toes a little.

4.) Don’t feel bad about calling a kid “Money Mike” or “Chocolate Chip Chris” the next few days – This activity is the ONLY way I learn all my students names in the couple of weeks!

5.) I want to learn all their names, and for them to know each other’s, but the class is about language learning. If a student knows “my name is…”, “i like”, and “his/her name is” by day 2 – it will have been a great day!