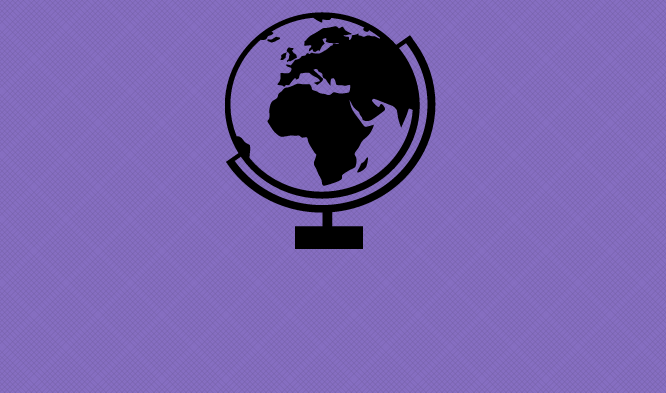 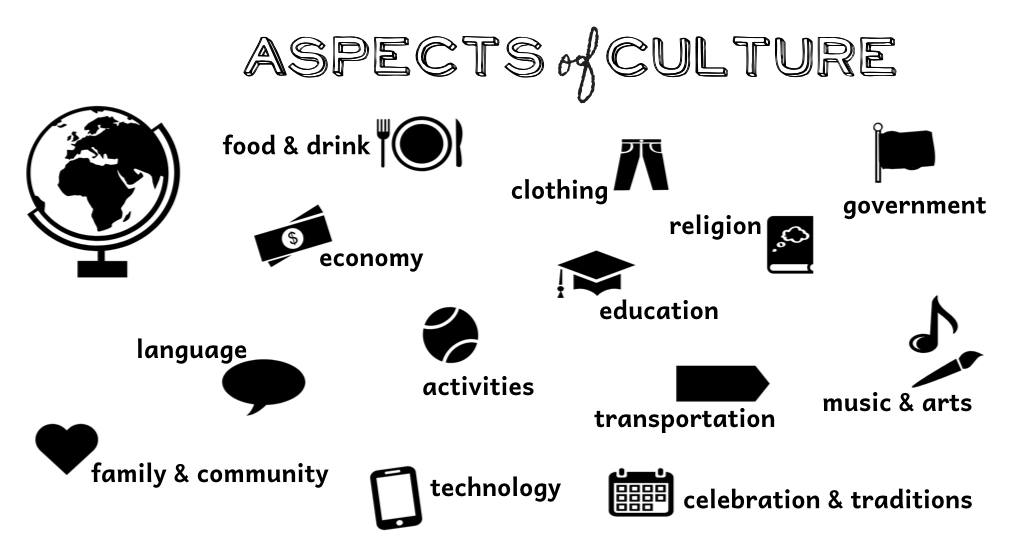 Download Aspects of Culture for Arabic, Chinese, English, French, German, Italian & Spanish (PowerPoint)
Culture: it’s one of ACTFL’s 5 C’s. Plus, many districts are already adding intercultural standards in their curriculum. How can teach culture without reinforcing stereotypes or just giving our own perspective? Simply show them culture and let them reflect. I had been using YouTube videos in the classroom for years and was curious to find out if they had an impact on students like I thought. So I chose this for my master’s research study. Of course, I needed data. So, I did a six-week study on the daily YouTube videos and measured 24 students’ attitudes about culture using pre/post rating scales, cultural surveys and journal entries. Long story made short(er): 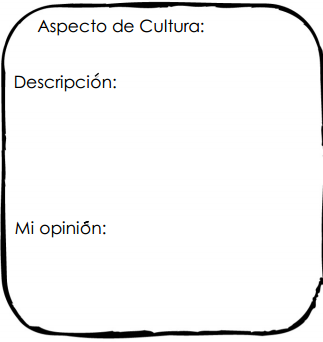 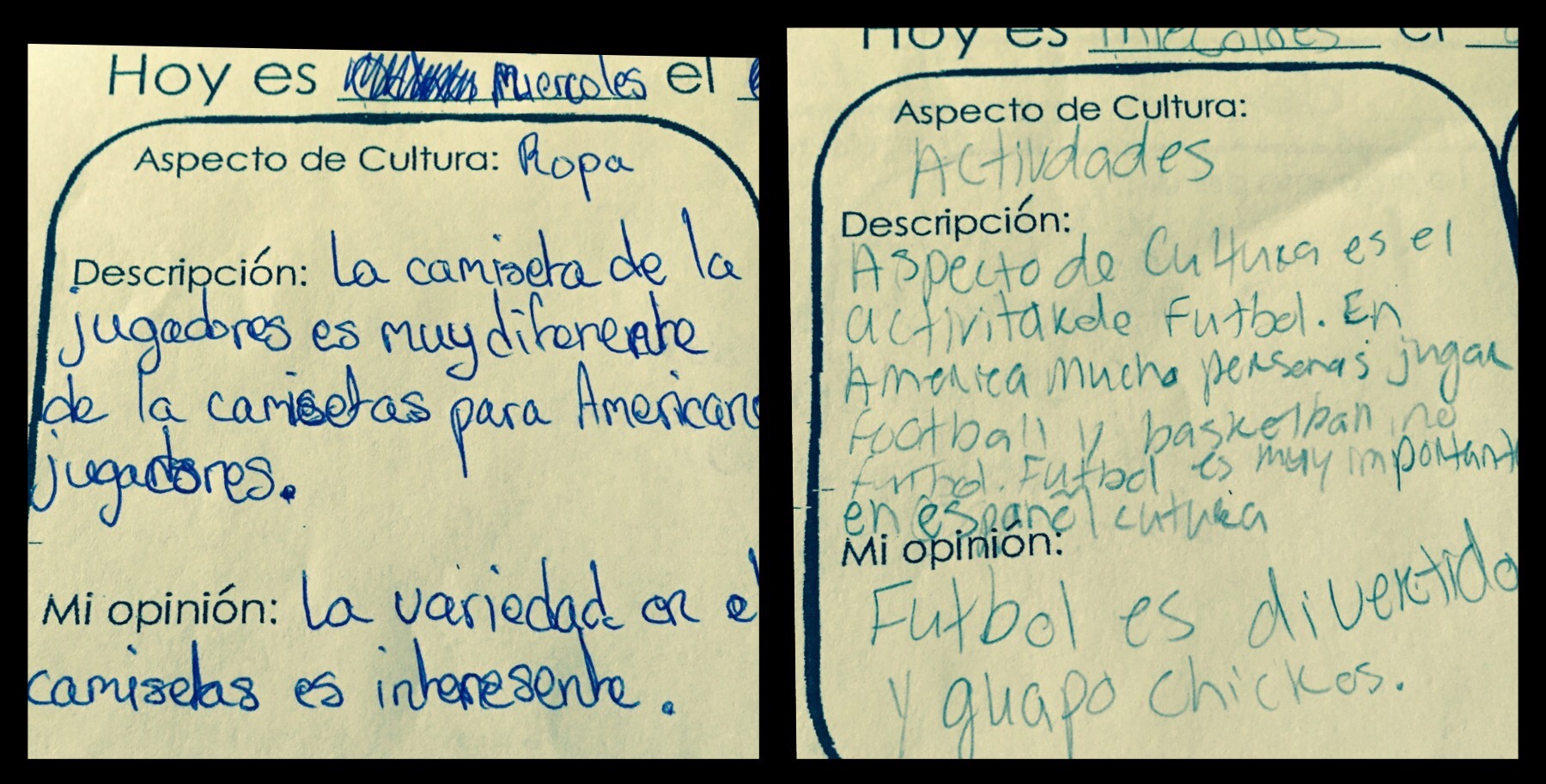 My Reflection: There are so many different cultural aspects in any given video. It was interesting letting students explain what they saw. Even novice mid  students could explain culture in phrases like – “Aspecto es economia. Personas con carros feos y pobres.” I realized that even though their language was limited they were still able to gain new understanding about the culture. They needed to know what to look for and the aspects of culture on their paper was just what they needed. By separating the description and opinion, students starting looking at the culture without a bias. Focusing on fact and evidence, they were willing to try to figure out what they saw and not immediately react with their opinion. Aspects of culture – it’s one powerful way to follow up a YouTube video in the world language classroom. Download Spanish Download French Download Italian   Download Chinese Download Blank 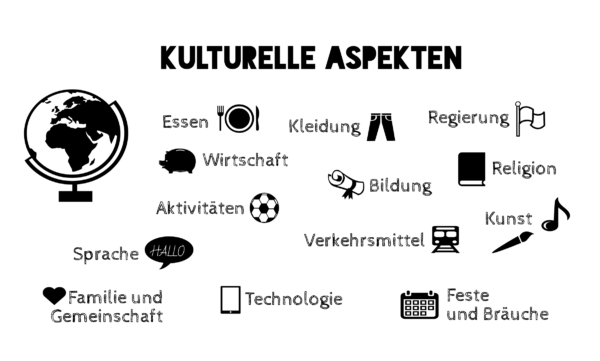