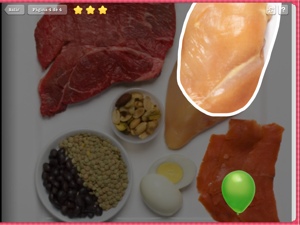 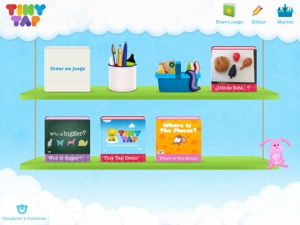 My friend Josh D. (French teacher) told me about this free Tiny Tap app the other day that he got from a TPRS share site. Basically you load a picture and record a spoken question. You circle the answer and it creates a little game. At first I thought that it was a great idea, but when am I going to have time to create the games?? And it felt like it was more appropriate for a younger audience. 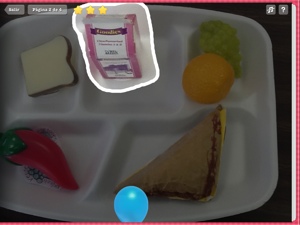 Well today I had two students that finished early (as they normally do) and I asked them if they wanted to make a game on this app. They accepted and enjoyed it! They chose to say “where is the…” using food pictures of different food groups. One even staged her own pictures with my plastic food. They shared the game to our email and other students that were finished played it.

They made some little grammar errors, but I feel like they focused on and practiced their pronunciation (without me saying anything specific about it). In the end, I think they had more fun creating it than playing it. And less work for me!

Langwitches.org is a great site to read for techie and elementary ideas for the language classroom. She has a great explanation of how to use this app.