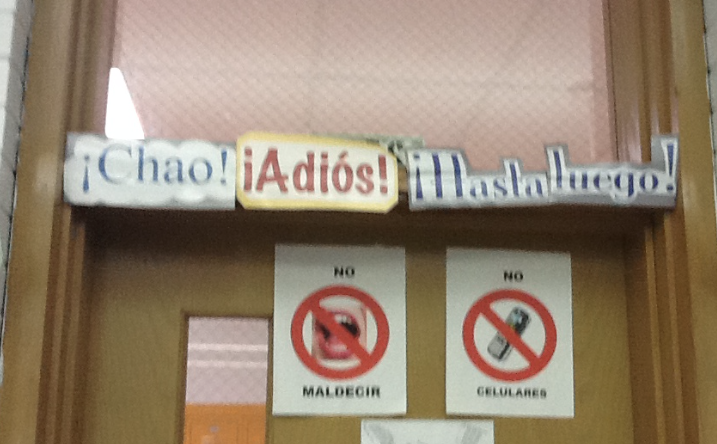 February 21, 2015
At this time of the year, I’m tired of hearing plain old “hola” and “adiós” as they come and go from my class. I learned about this idea from my colleague and friend Kim (photo is from her room).

I changed it up a little bit. The students found images on Google with different greetings and we put them on the outside of my classrooms (yes, all three) above the doors. It gives them a quick reference point. This was simple plan for them to do when most of my students were out on a field trip. It could also be a sub plan. 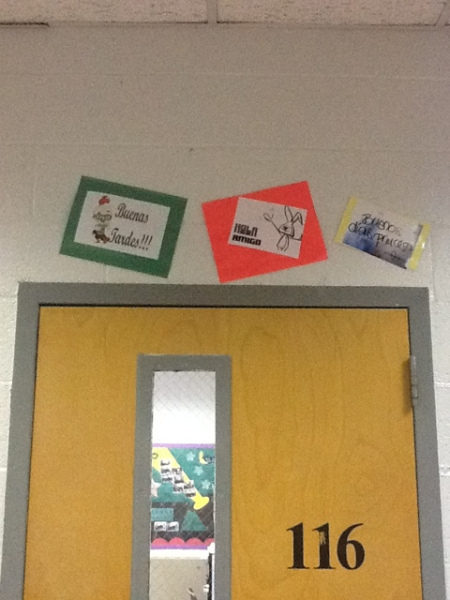 We did the same on the inside with different goodbyes. I stand at the door when they enter and leave just so they will have a reason to say them. One class even did a little goodbye cheer. One student would yell “Uno, dos” and the class responded “adiós!” – which I saw in my colleague M. Griffin’s class. Just a little fun way to end class.

This post was updated July 2017 “Greet Them at the Door” with a new download in Spanish and French.